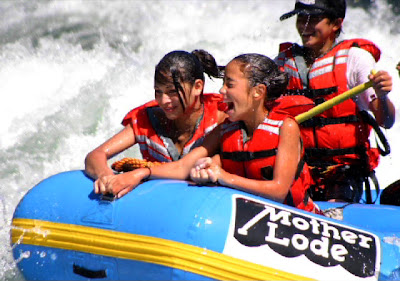 As many of you no doubt recall, during the 2006 season you were asked to write letters to the Board of Directors of the Sacramento Municipal Utility District (SMUD). The purpose was to urge the acceptance of the “Alternative Proposal” for the re-licensing of SMUD’s Upper American River Project (UARP) hydroelectric facilities on the South Fork of the American River. This proposal provided for ecological restoration in areas historically de-watered by the UARP and, for the first time, a predictable water flow regimen for recreational and whitewater boating below Chili Bar Dam.

Your response was awesome! Over 1000 letters resulted. These were hand written, and since pollsters say one hand written letter is the equivalent of 100 typed or e-mailed letters, and represents the opinion of over a thousand people who don’t bother to write, it said a lot! Some letters were illustrated with pictures of fish and critters that were very cool. All reflected the passion we share about rivers. The MaLode guides were awesome too. They were virtually the only commercial company’s guides there, and definitely the only ones to attend more than one meeting. They spoke eloquently and personally read some of your letters to the Board of Directors of SMUD.

The Board listened and heard what you asked. The negotiations, which were going badly, turned around after the Board appointed an oversight committee that helped get things back on track. Bottom line, the river won! The Alternative Proposal was the basis of the final agreement and more water will flow for fish, wildlife, recreational boating and other uses. We should all be proud of this achievement. It probably wouldn’t have happened without your help. Thank you from the fish, frogs, deer, macro-invertebrates and other critters whose homes you helped enhance. Now come enjoy the recreational boating flows that are mandated for the next fifty (50) years! Who says democracy can’t work?